At the beginning of the year it’s sometimes tricky to get a good group dynamic going with the girls. With a mix of 2nd years who know each other and new girls, different ages and girls from different schools I find that sometimes not every girl feels at home right away. My favourite way (and I think the best way) to get the girls to bond is to take them to camp! However, with the craziness of the beginning of school and beginning of Brownies I have never been able to pull off a Fall camp.

This year I was determined to get the girls out to an overnight as early as I could in the season. In May I booked a campsite for October at Camp Ma-Kee-Wa and over the course of the summer planned a “Key to Brownies” themed camp. I thought we could use this camp to do everything in a weekend that usually takes weeks of meeting time to sort out – fairy circles, traditions, songs, fairy circle flags, learning promise/motto/law, etc. Basically everything the girls need to do/know before Enrolment. This way we were able to incorporate more “information-y” stuff with fun camp games and activities.

We were super lucky because we had another Brownie Unit sharing our space for the weekend. Joined up with the 368th Toronto Brownies we had 28 girls up and enjoying camp with us. This not only added more girls for more fun, but also allowed us to have each of our leaders play to their strengths - running different crafts and activities with the group throughout the weekend. Our camp was a FULL weekend of fun and the girls had a ball. Perhaps you’ll like some of our activities and want to try them out at your next camp!

Since this camp was so early in the year we wanted to give the girls lots of choices for attending. We had some girls stay 2 nights, 1 night and some who came to do a day program. The girls staying two nights arrived Friday night and we had a sing along. The next morning the girls were hungry and ready to start programming so after a big breakfast we moved onto patrol duties.
When I tell parents about the girls doing patrol duties at camp they never believe me. They just can't believe that the girls will willing wash dishes, sweep and clean bathrooms. Since this was our first camp, and we were in a building we had very simple/streamlined patrol duties. The girls all washed their own dishes after meals but were split into patrols to help with: Graces & Setting the Tables for Meals, Cleaning the Bathrooms, Sweeping/Tidying our Main Program Space. The girls also had a competition for the cleanest room! The winning team was announced at Lunch and wow was the competition fierce!

Because our theme was "Key to Brownies" we wanted to incorporate lots of activities to get the girls prepped for enrolment. This started out with a Brownie Promise/Motto/Law Relay Race! 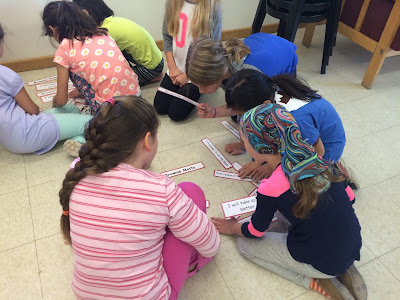 After this activity we split up the girls into their fairy circles and they began to make fairy circle flags. This is a new activity we thought up this year. The only 2 things the girls had to include on their flags was the name of their fairy circle and the names of all of the girls in their circle group. This was a great lesson in cooperation, planning and compromise. The girls worked together really well and the final results were amazing! We've since added these flags to our meeting space and use them every week as well as at special events such as Enrolment.


The girls went on a hike with Guiders Katherine and Katherine. After a quick hike and some nature exploration the girls got to play some wide games including Huckle-Buckle! 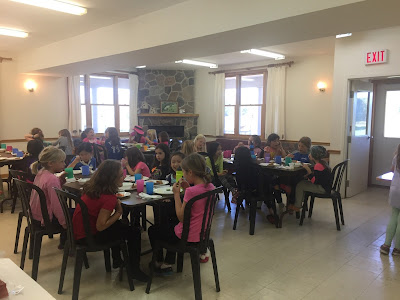 Following the hike and outside games the girls came back to Highland Haven for lunch. Grilled cheese, soup, veggies and chips - a yummy lunch for busy Brownies. After lunch the girls went up for some relaxing time in their rooms. Many decided to complete the last few items for their "Team Together" and "Happy Hiker" badges and others decided to read and/or take a snooze.

All rested up, the Brownies were ready for some crafts! Since it was the beginning of the year we wanted to make sure all of the Brownies were able to complete their Glue Gun Training. This is a training we do with the 401st Brownies if they want to be allowed to use a glue gun by themselves during the year. In order to get their "Glue Gun Permit" the girl has to prove that she knows how to safely use the glue gun and knows what to do if she was to get burned.

After each Brownie had completed her training she was able to decorate her Brownie Backpack. The girls will use these backpacks every week to bring their things back and forth to our meetings. They also will double as hiking backpacks for camp! 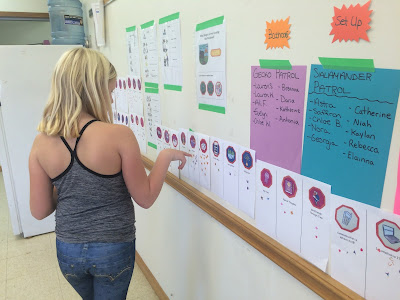 While the girls were working on their backpacks we also had an activity set up for the girls to choose their interest badges for the year. Every year while completing Brownie Program Keys we also work on some corresponding interest badges as a group. In order to work on the badges that the girls are interested in we had them do a sticker vote. Each girl was given 15 stickers and could vote on whatever badges they liked. They could put all of them on one badge or spread out their choices. The badges with the most interest are the ones we will focus on completing as a group this year.

Once the back packs were completed we decided to meet up with the other group and head out for a hike. Camp Ma-Kee-Wa has a magical hiking trail that leads to the Fairy forest. In the forest the girls found mushroom rings, fairy statues, gnome messages and of course the Brass toadstool, perch of the Wise Old Owl. Here in the forest we did some exploring and then learned the Grand Howl to thank the fairies for letting us come see their home.

Following the foray with the fairies our Brownies headed back home for some dinner. Once we all had full tummies we met up with the Pathfinders who led a campfire for us. After some songs and s'mores we were all ready for bed. A quick story and then everyone was off to dreamland. 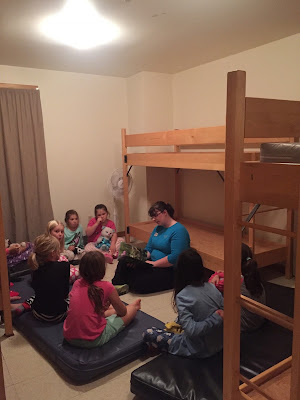 We had such an AMAZING time at camp this fall. The girls learned everything the needed to know for our upcoming Enrolment ceremony and all of them earned their Key to Brownies Badge and their BC Fall Camping Challenge Badge. While taking so many girls to camp is a lot of work and sometimes a little overwhelming, seeing how happy the girls are makes it all worth it. We can't wait to try Fall camping again next year.