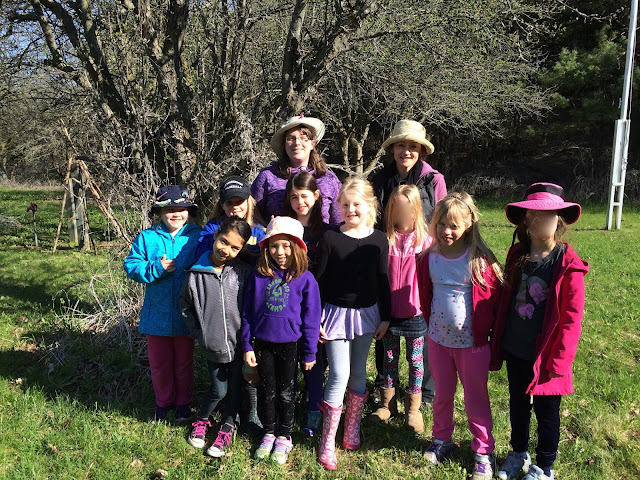 This year the 401st Toronto Brownies decided to try out camping at Camp Ademac. We rented the site "Shirley's Cottage" and let our girls decide if they wanted to sleep inside on bunk beds or out in a tent. We realize that it was early in the camping season (and therefore a little chilly for sleeping) but we did have two Brownies tough if out in a tent both nights! 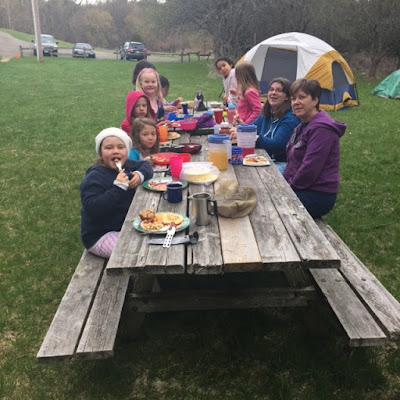 At this camp we were working on a variety of badges. The girls were working on their key to camping, the interest badges "Cookout" and "Be Aware" as well as the BC Arts to Go Circus Challenge. We started out with a big breakfast, mmmmm. pancakes and bacon. And then it was on to patrol duties.

Our Brownies are always eager to lend a hand, but at camp they saw how important it is that everyone work together. The girls didn't help too much with making breakfast but they helped with clean up: doing all their own dishes, as well as the cooking dishes. One group was in charge of collecting firewood and changing out the dish water and the last group was in charge of cleaning the lats. They all agreed that using the latrine was a special (even if a little stinky) camp experience!

After patrol duties were done we started on our challenge work. Since this was a circus challenge we thought it would be a good time to teach the girls how to make balloon animals. The girls learned how to make balloon puppies and swords. They also experimented with the different ballon shapes to make leashes and other animals like giraffes.
After the Balloon animals, we learned the TzenaTzena dance and painted treasure boxes in the shape of lions! As the weather was warming up we all decided that we should have a snack and then head out on a hike. Camp Ademac has an amazing Brownie Forest Trail that is quiet enchanting. The girls spent the entire hike looking for fairies, gnomes and leprechauns and following the story of Wiskin's Way.

On the trail we saw fairies attending school, friendly tree sprites and much more. It was the most Magical part of our camp!

After the hike it was time for lunch. Since we wanted to learn about different ways of cooking at camp the girls were introduced to Buddy Burner cooking. Buddy Burners are small camp stoves made out of large coffee can. We are so lucky that Guider Cathy was able to bring up the Buddy Burners to our camp and teach the girls how to make grilled cheese sandwiches for lunch. Many agreed that it was some of the best grilled cheese they'd ever had!
Once lunch was finished we all agreed that we needed a break. The fresh air and activities of camp sure make for tired girls so we all adjourned to our tents/bunks for a little rest time. While few of them actually slept in this time it was good to take some time to rejuvenate and get ready for the camp skills sessions in the afternoon. 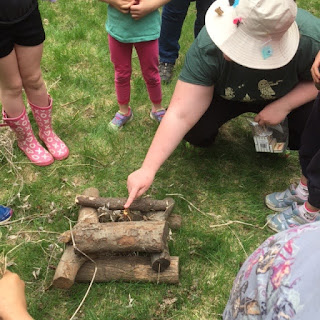 In the afternoon the girls were all set to focus on traditional camp skills. We thought that it was really important for our Brownies to learn about fire safety and being comfortable with lighting matches (in a controlled environment of course!). When I first told them that they would be learning how to light matches and set up fires, many of the girls said that they were scared and did not want to participate. We split the girls into small groups and each of our leaders ran a session on fire building and using matches. By the end of the session every girl could consistently light matches and knew the proper way to set up several kinds of fires. They were really proud of themselves and I'm so glad everyone decided to give it a try!

After fire building the girls learned about creating shelters. Guider Cathy brought with her to camp 3 stuffed sheep that needed to be protected from the harsh rainstorm (cup of water) that was soon to hit our campsite. Working in small groups the girls used all kinds of found materials to build a suitable shelter for their sheep. We talked about why keeping warm and dry are important and where the best places to build shelters are. After 20min of building time we tested each of the shelters for rain and wind and dug the sheep out to see if he was dry. All the girls did really well but one groups sheep didn't have a speck of water on him after the "storm".

Once the shelters were dismantled and put away the skies got dark and it looked like it was going to rain. Luckily Shirley's Cottage has a good sized indoor space so we all went inside to work on First Aid Kits. Using our Groups large first aid kit the girls identified what was needed in order to treat injuries. Then using various supplies created their own first aid/be prepared kits. We encouraged them to keep the kits in their backpack and they came in handy many times over the course of the camp - being used to treat small cuts and burns.

When the first aid kits were all finished up the girls had free time until dinner. We set our a slew of craft supplies and invited the girls to create swaps and traders. There was a local Sparks group camping at Ademac this same weekend so we had arranged to have a big group campfire that night. The Brownies were very excited about the prospect of trading with new girls and created TONS of traders. Most impressive was the collection of Herman the Worms (I think they made over 50) and smores that they swapped with the younger girls later that night. The local sparks group were taking part in a Mom and Me Camp. there were 22 sparks present at camp which is just amazing! 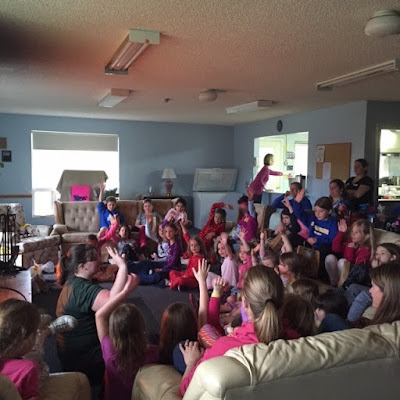 Unfortunately, the skies had opened up about an hour before campfire and everything was soaked. Although we wished we could have an an outdoor fire we made do with the indoor fireplace and all the girls had a great time. With the Sparks we worked on songs from the Sing Ontario Sing Challenge and participation stories from the BC arts to Go challenge. We sang all the camp favourites and it was wonderful to share and learn new songs from the other group.

Once our campfire was over the girls got to trade their crafts with their new Spark friends. The sparks were overjoyed with their Herman the Worms and the Brownies all got to go home with a pink Sparks flashlight!

After the Campfire and smores it was time for bed. All of the girls were exhauasted after such a long day and fell fast asleep. Once again Niah and Chloe braved the tent even though it was colder then the first night! Here they are being silly at bed checks. 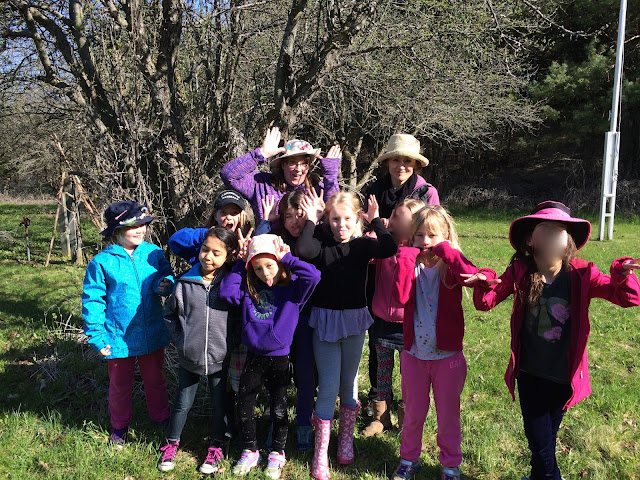 We had such an AMAZING time at camp this year. We can't wait for our next one!