Gateway to Our Past 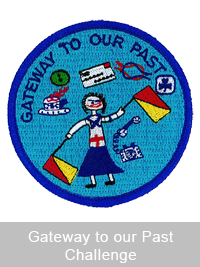 I've always been really interested in Girl Guide history. I often wondered if the girls would be interested in this too or if they would think it's boring. In February we took the girls to the Girl Guide archives and they had a blast! They learned a lot and in that trip we ended up completing 1/2 of the Alberta Gateway to our Past Challenge. In order to finish up the requirements we used tonight's meeting to explore some old Brownie badge requirements and have a vintage uniform fashion show.

The first thing we tried out with the girls was some Brownie badge requirements from the 1940's. In the earlier days of  Brownies the girls would be expected to learn a variety of household and life skills such as taking phone messages, setting the table, knitting, mending, childminding, etc. We thought it would be fun experience for the girls to give these skills a try.

At the beginning of the meeting we talked to the girls about answering the phone and taking a message. None of them knew how to do this and it was a great skill to teach them. We had set up a message station on the side of our meeting space. It had message taking papers, a mailbox for each owl and a phone. Throughout the meeting the phone would ring. The girl who answered it had to take a simple message such as "The Bird is red" and put it in the correct mailbox. This was trickier then it looked but turned out to be a great experience for the girls. They learned a lot!

While the girls we waiting for the phone to ring we did an activity where they learned to set the table for dinner. Some had knowledge of this but others had never set a table before. Once they learned where everything went. We took all the plates, cups and cutlery and spread them out on the floor. We set up two teams and did a relay race to see who could set the table correctly the fastest. They LOVED this and had a fantastic time.

Next we learned about vintage Brownie Uniforms. The girls had seen some of the old Brownie and Guide uniforms when we visited GGC Archives a few months prior but this time they all got to play dress up. First I showed them some of my Brownie, Guide and Leader dolls that show some of the old uniforms that were once worn. We also learned the difference between the girl guide hand sign and girl guide salute. 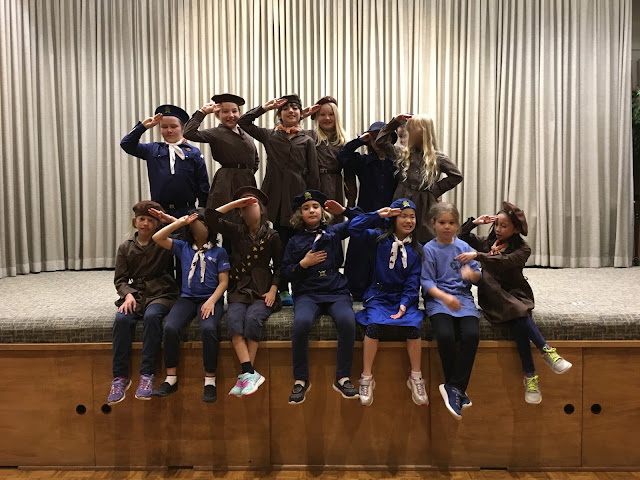 Then the girls got to play! Each got to try on as many uniforms as they liked from the pile of vintage uniforms we rented. After they had settled on an outfit we took them to the Church gym (which has a stage) and we did a fashion show! 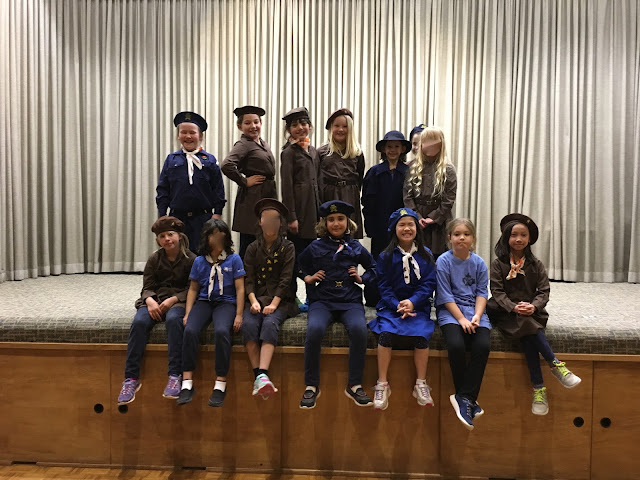 I think this was one of the girls favourite meetings of the year. We had an awesome time!
Posted by rcsadler at 12:00